Guided by the Light

Truth be told, I fell into the quilting world quite accidentally. I spent my early twenties to mid-thirties working as a graphic designer in the corporate world, specializing in design, advertising, and in-house branding. Long hours at work led me to craving a creative outlet at home that didn’t involve sitting in front of a computer. Weeks later while out running errands I stumbled across a fabric store that specialized in modern fabrics and offered sewing classes. I signed up for a beginner quilting class, learned the ins and outs of piecing and quilting, and was instantly hooked. Long story short, I became an avid quilter and quit my full-time job as a graphic designer and launched Initial K Studio, Modern Quilts by Design in August 2014.

As a one woman show of Initial K Studio, my time is extremely valuable and I’m constantly looking for ways to streamline my productivity in the studio. My introduction to the Daylight Company began last year while at QuiltCon in Pasadena, California and I have to say, their products are an absolute game changer in the sewing and quilting industry.

The versatility and dependability of their products, such as the slimline LED table lamp, has boosted my productivity in the studio tenfold. No longer am I second guessing the placement of my stitches while quilting nor do I strain my eyes while re-threading my needle on my sewing machine. Quilting deadlines are finishing ahead of schedule, and suddenly I have extra time to focus on designing new quilt patterns for future projects. 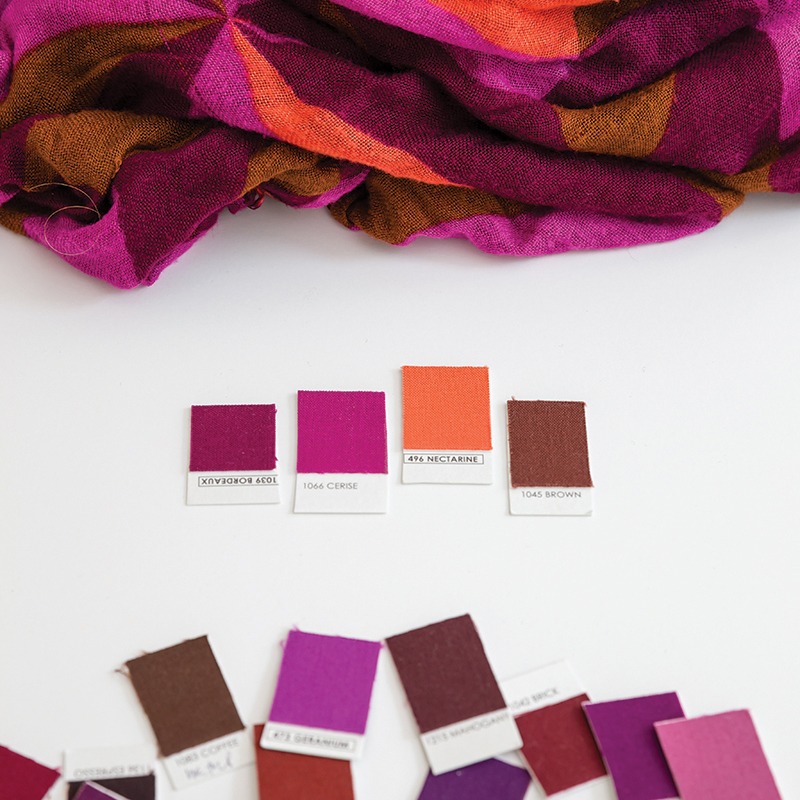 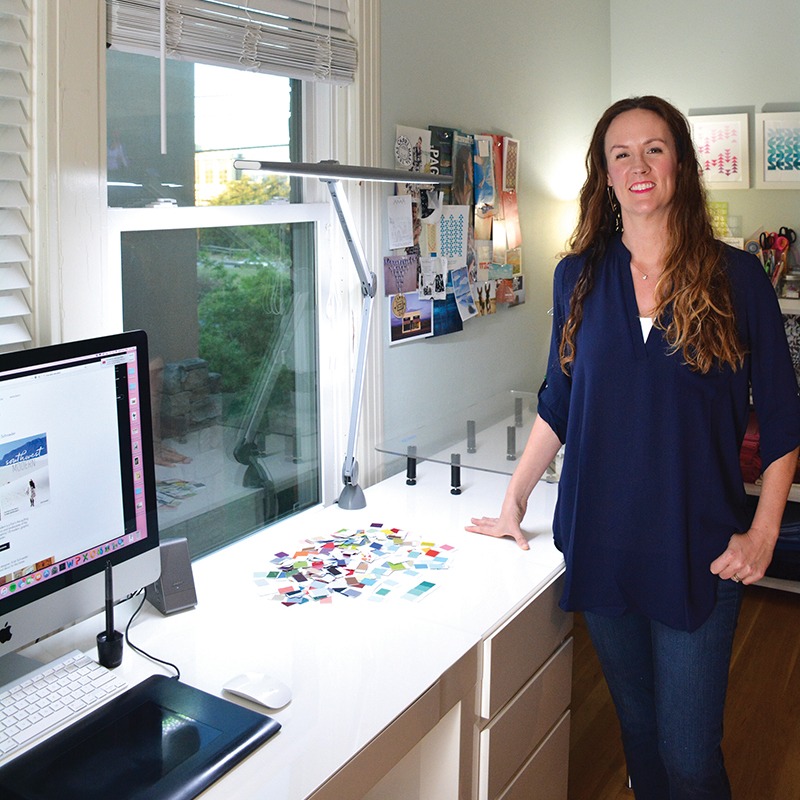 Which leads me to the luminos lamp. Like most artists and quilters, a lot of the inspiration for my designs occur while I’m traveling or exploring the great outdoors. From the colors of a stone paved walkway in Santa Fe to a stained-glass window found in the Rijksmuseum in Amsterdam, I find inspiration is everywhere. Picking out color is my favorite process of the design stage. Weather used to play a big factor in my lack of productivity (especially in the middle of a deadline) as I relied heavily on the natural light in the studio when selecting the right colors for a new project.

As a designer, color is key is my world and the luminos lamp has been an absolute lifesaver as I no longer have to worry about the weather and/or lack of natural light in the studio. No matter the time of day, I simply turn on the lamp, get to work and move forward confidently in selecting colors for various projects. The best bonus is that I have endless light for taking high resolution photos to post on social media, because we all now how important it is to create engaging content for our followers, right? Again, another win in my book hands down.

So if you’re looking to become more productive in your daily sewing activities, the Daylight products are an excellent addition to any studio. I promise you’ll be surprised with extra time you’ll have on your hands once implementing the products. I certainly was. 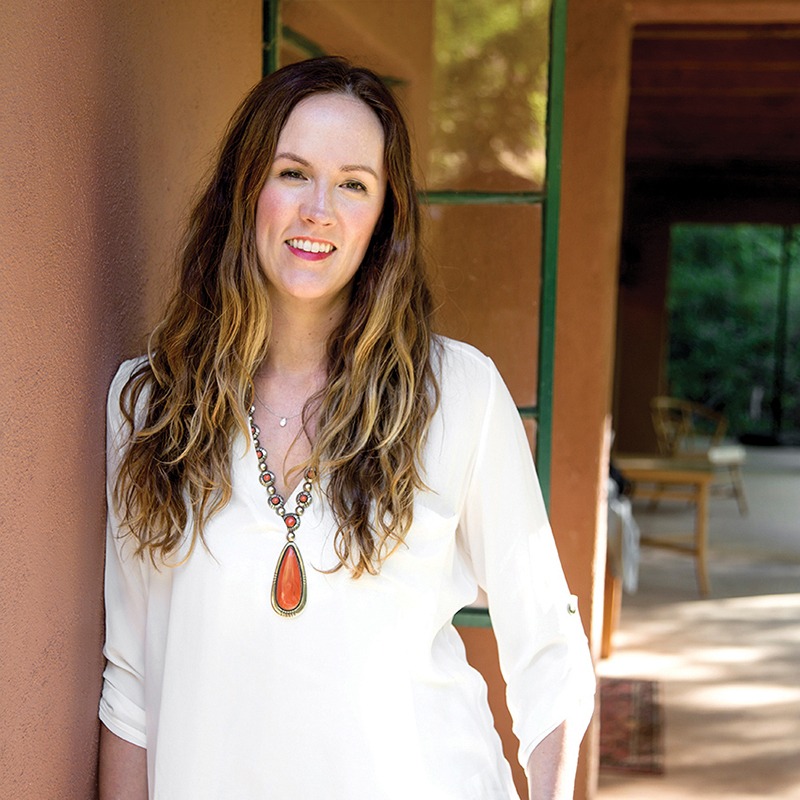 Kristi Schroeder is a designer, quilter, entrepreneur and avid traveler living in Austin, Texas and is the creative behind Initial K Studio. Ms. Schroeder came to quilting through her work as a graphic designer in the corporate world. This native Texan is a world traveler who draws inspiration for her quilts in art, fashion, and textiles from around the globe. You can learn more about Ms. Schroeder at initialkstudio.com. Ms. Schroeder recently completed Southwest Modern, a Lucky Spool Media publication and releases December 2017. Part travel guide and part quilt book, Southwest Modern is a first in the quilting industry – the rich patterns, colors and landscapes of the American Southwest served as the sole inspiration behind 18 modern, graphic quilts designed by Ms. Schroeder.